Screen vs Paper: How should you plot your finance plans? 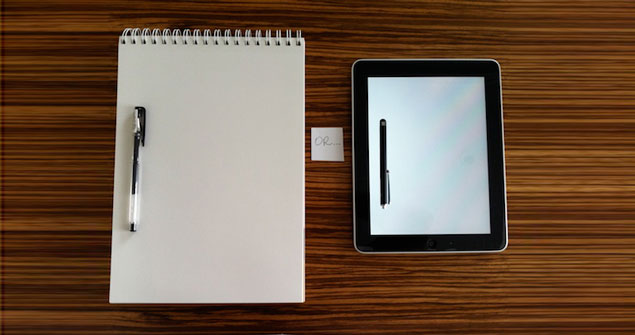 The battle between analogue and digital is one that is still very much raging. While many would argue that digital has already won hands-down, there are others who are ardently striving to keep writing by hand alive – stationery suppliers, for one.

The majority of office work gets carried out using a PC (or a Mac, depending on which way you swing), leaving little time to use paper and pen, right? Wrong! When formulating your finance plans, what's the best format to use, handwritten analogue tools like pen and paper, or digital tools like tablets and iPads?

Benefits of Pen and Paper, 2020 and Beyond

It's claimed that handwriting is nearing extinction, and some articles shout that we shouldn’t even teach it in schools. In 2012, a UK-based printing company Docmail conducted a survey of 2,000 people and found that a third of respondents hadn’t written anything by hand in the last six months.

More worrying was the fact that one sixth of respondents didn’t think handwriting should be taught in schools anymore. The survey also found that many thought it hard to read their own writing after scribbling down notes. The evidence suggests that the pen and paper might be dying a slow death, as screens and keyboards replace what was for hundreds of years the only way to write.

These are interesting facts in the context of school and personal life - office and work life, dictates differently. As much as companies are going digital, there is still a mass requirement for monthly stationery from businesses and offices for day-to-day running and administration. Here are some interesting stats from the last two years that prove the need and rise of traditional stationery in the workplace.

So, are screens really that much better than their traditional counterparts in the context of drafting finance plans?

Handwriting vs Typing for Financial Plans

Before the vanguards of digital foretell of the demise of stationery stores owing to fewer people using paper and pen, handwriting brings with it a host of benefits that can’t be enjoyed when using a screen. Handwriting on paper “allows much greater graphic freedom”, says a specialist on codex (aka handwritten) manuscripts, cited in a Guardian newspaper article about handwriting vs typing.

You don’t have to conform to writing from left to right, and you can scribble anyhow and anywhere, which gives you more freedom when drafting your finance plans.

Using paper and pen gives you a welcome break from the distraction of the internet and the tiring effects of a screen.

Using a paper and pen slows down the time between an idea being formed and it arriving on the page, allowing you more time to develop ideas before jotting them down. Using a pen offers a welcome break from the keyboard and screen, and the tapping sound of typing, as well as the distraction of the internet. Working on paper is also less tiring and less stressful than working from a screen, research from the University of Karlstad has shown. What’s more, if you use a pen and paper during the development process of your finance plan, you have evidence of any ideas you might have lost if you had accidently pressed the delete button on your PC.

Working on a computer lets you type faster and makes editing easier – perfect for capturing a formulated plan.

The benefits of using screens for creating finalised finance plans are obvious. Not only has Excel made the tabulation of numbers a breeze, but you can write faster on a keyboard than you would with a pen or pencil. That time saved can give you more time to think, Opines a professor of rhetoric in the same Guardian article mentioned above. Working on a screen lets you edit and organise more easily and gives you a clearer view of your work. You can change fonts, alter text size and perform complex calculations – pretty handy for drafting finance plans. Working on a screen also allows you to check for spelling and grammar mistakes: something office stationery can’t do.

OfficeBox understands that there’s a time for paper and a time for the screen. As such, we've evolved to offering our stationery online. Meaning it's now easier than ever before to streamline your monthly stationery purchases. Not to mention backing this easy-to-use online service with the best pricing available.

To view our wide selection of office stationery and office supplies, visit our store. Alternatively, contact us to find out how we can help your business be more efficient and remove the headache of ordering stationery the old, tiresome way.