Office Supplies: the history of the humble pencil 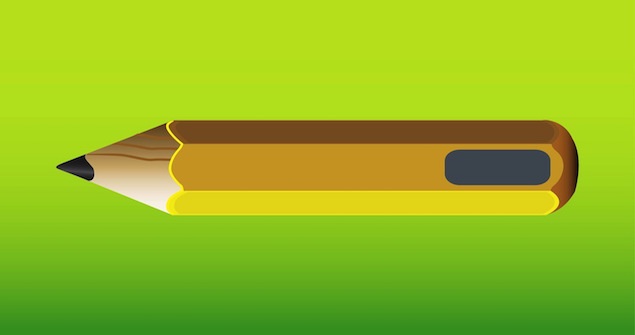 The pencil is the most humble of office supplies. Probably one of the first implements you may have learned to write with, the pencil stays with you through school and into the work place, a trusty companion indeed. Used for everything from rough note taking to creating works of art, it is likely that it will be a mainstay in your office supplies cabinet for years to come. Here’s how the humble, yet versatile pencil came to be.

The story starts in 1564 in the North of England. A terrible storm caused the uprooting of an oak tree, and underneath, a graphite deposit was discovered by a group of unwitting shepherds. Thinking it was coal, they burned it – to no avail! Instead, they used it to mark their sheep, thanks to its dark colour. Further attempts to use it as a writing material failed: it was too soft and crumbly. So they solved that problem by wrapping the graphite in string and inserting it into wooden tubes. This saw the birth of what we today refer to as the pencil.

For about a century, England was the leading pencil producer. By 1662, Germany had begun to make pencils from lower quality graphite mixed with sulphur and binding agents, by gluing them directly into the wood. The next major innovation came in 1795 when the French chemist Nicholas Jacques Conte invented a method for making pencil leads out of powdered graphite and clay which were combined and baked into thin cylinders. By adjusting the ratios of the ingredients, pencils of varying ”hardness” were produced – hence HB, 2B, 4B etc.

Pencil making took off in the USA in 1812 and boomed later that century thanks to the French way of making pencils. By 1872 there was a demand of 20 million pencils per year, which were being used by schools, architects, artists, draughtsmen and as part of office supplies. Twenty years later, the cost of pencils had halved. During this time, England was still the only producer of lead pencils made entirely from graphite. The turn of the twentieth century saw the introduction of a round lead instead of square lead in pencils, thanks to advancements in the woodworking machinery that produced the casing.

The mechanical pencil was invented earlier than you think, but never achieved the same level of success

You might think the mechanical pencil, which you refill with leads, is a relatively modern development. Its origins actually go back to the sixteenth century when the concept first saw the light of day. Then in 1791, one was found aboard the wreckage of the HMS Pandora, which ran aground on the Great Barrier Reef. The first patents for the mechanical pencil came into effect thirty years later in 1822. Despite how nifty the mechanical pencil is, if you take a look around your office, you will probably see more traditional pencils in your office supplies.   The fact that in two hundred-odd years the pencil’s design has remained largely unchanged is a testament to its durability and effectiveness – one office supply that will be around for a long time yet. OfficeBox can help you make sure your business is always well stocked with branded office supplies. From the humble pencil, to the latest office supplies that elevate productivity in the workplace, we partner with our clients to bring them solutions they can count on.