How your favourite famous writers created works of genius 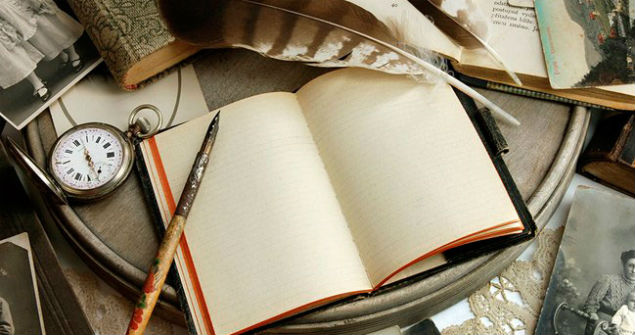 Bookworm or not, I’m willing to bet that you’d be able to reel off a list of famous writers. Legends like Charles Dickens, Jane Austen and Ernest Hemmingway are remembered by generation after generation, even if the finer details of their works might not be. If you’ve decided to read a blog about famous writers, your interest in literature is probably higher than the average Joe. Perhaps you have a special fondness for Deon Meyer, Wilbur Smith or the Russian greats like Dostoevsky or Tolstoy. Whatever your literary cup of tea, the daily writing habits of writers are as fascinating as the people themselves. Here are a few examples, taken from the brilliant book Daily Rituals by Mason Currey.

Not only is she responsible for greats such as Pride and Prejudice, Sense and Sensibility and Emma (all of them made into quintessentially British television and film dramas), but Austen might have been the creator of chick lit as we know it. The writer lived comfortably in late eighteenth century Hampshire with her close family. Unlike the stereotypical writer who works in solitude, Austen’s writing schedule was fragmented by house-calls from friends and relatives. She was extremely discreet about her writing, choosing to work from the living room, and covering the small pages of paper she worked off with blotting paper should any guests arrive unannounced. Despite the disruptive work environment, she still wrote what are now some of the great classics.

Mistakenly famous for his “write drunk, edit sober” ditty (which actually comes from American writer Peter de Vries), Hemingway was partial to a drink and, apparently, immune to hangovers. That’s according to his son, who remembers his father as always looking as fresh as a daisy, despite waking up at the crack of dawn after nights of drinking. Hemingway rose at first light to begin writing straight away, while the day was quiet and everyone else was asleep. He wrote standing up, choosing a pencil and paper as his writing implements. He’d then move over to a typewriter if pleased with his work. The author would even keep a tally of his word count by hand on a chart — an unfathomable undertaking in this day and age of automated word counts.

Writer of the Great Gatsby, F. Scott Fitzgerald joined the army in 1917 and spent several years at a military training camp in Kansas. There, he demonstrated an amazing level of discipline, writing a 120,000 novel in three months. He had to be stealthy about his writing though — he changed the location and schedule of his 12 hour long writing sessions at least three times to avoid army scrutiny. After the army he moved to Paris, where his discipline took a turn for the worse. He spent more time partying with wife Zelda, and would write in bursts during the early hours of the morning, believing gin was a vital part of his creative process.

Agatha Christie is famous for writing over 60 detective novels, despite the fact she never really saw herself as as writer. When filling out forms that asked for her occupation, she would more often than not write down “married woman”. Her writing seemed to slot in around the more mundane happenings of married existence. She didn’t even have a designated writing desk, instead writing at any “steady table” like the dining table or a wash stand. She was so secretive about her writing that even her friends couldn’t understand how and when she managed to write her works.

Nabokov is best known for his novel Lolita, relating the infamous and ignoble relationship between middle-aged Humbert Humbert and 12 year old Lolita — even more scandalous given its 1955 publication date. His early writing habits were fairly eccentric. He wrote on small, lined index cards which he carried around in a large box (his mobile writing desk). It gave him the freedom to write non-chronologically, and switch up passages as he saw fit. As debaucherous as his novel might be perceived to be, Russian-born Nabokov’s appetites were a lot more banal, as he described them. His later years in Switzerland consisted of regimented writing, walks by the lake, early nights, the occasional cup of wine, chess and, in the summer, studying butterflies.