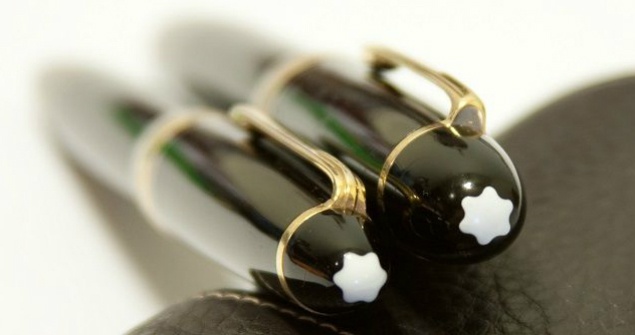 Stationery is sexy — just look at brands like Smythson and Mont Blanc. But those are the Lamborghinis and Ferraris of the stationery world — saved for when you need to be flashy. The majority of stationery we use to aid and assist our daily lives is a lot humbler in origin and appearance — rather like the stalwart Hyundai i10 or the Citi Golf. But how much do you know about trusty office assistants like pens, paper and staples? Read on for some incredible facts about the stationery supplies you know and love.

Rubbers are very different to their predecessors.

Possibly one of the most life-saving of stationery supplies, the rubber as we know it was invented around 1770. Can you guess what was used before then to correct pesky mistakes made with a pencil? Stale bread! We dare you to try it at home…

Post-Its were born of failure.

Who doesn’t love Post-Its? Making many  lives more colourful and organised, the humble stationery supply came about from a failed attempt at making glue. The glue wasn’t strong enough to be sold for its intended purpose, but it was weak enough to be used for the sticky notes that adorn our offices and homes.

Pritt Stick tubes are a common feature of school art rooms the world over. But did you know the inspiration behind the twisty tube came from lipstick? In the 1960s the inventor of Pritt Stick observed a woman applying lipstick on an airplane and had the brilliant idea to fill the twisty tube with glue instead.

Stationary vs stationery: not such an idle error after all.

If you’ve ever misspelled stationery and written stationary instead, you’d be forgiven for making the slip up. Stationery is so called because the first stationery suppliers were university booksellers who operated out of stationary premises, as opposed to the travelling booksellers of the time.

It might be toted as one of the main reasons for deforestation, but paper was originally made from hemp and cloth, around 2,000 years ago in China.The inventor in question was a eunuch by the name of Ts’ai Lun. Today, a single tree can make up to 80,000 pages of paper.

The funny thing is that paper’s partner in crime, the pen, was invented 4,000 years before in Egypt. It makes you wonder what the Egyptians were using to write on.

This next stationery supplies fact will make you look at ballpoint pens in a new light: the average Bic pen can draw a line 3 km long.

The trusty ring binder is older than you might think. The workplace staple was invented in Germany in 1896 and the design has barely changed in over 100 years. The staple has also remained largely unchanged since its creation in France for King Louis the fifteenth. The only difference was, each staple was embossed with the royal insignia every time the king required his documents fastened together.

If you want more fun facts about stationery, there’s a brilliant book — a stationery supplier’s dream! — called Adventures in Stationery: A journey Through your Pencil Case by James Ward, where most of these facts were sourced from. For a round up, check out this Telegraph article.