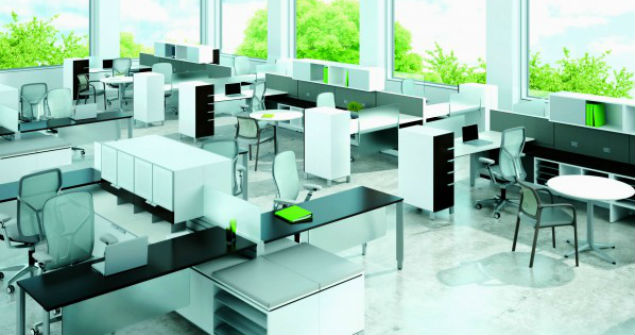 In the Washington Post article, Kaufman writes from bitter experience. As a senior writer at a New York ad agency, she had her own office. The agency decided to shake things up, and she found herself in an open plan space sharing a table with 12 others as the sounds of banter, jokes and Metallica filled the air from 9–5. So how come the open place office space has taken off so much, even though research carried out by The University of Calgary and many others have shown that it’s detrimental to productivity and employee job satisfaction? Well, we might have the ‘too cool for school’ Silicon Valley players like Google and Facebook — according to Forbes there are about 3,000 engineers in one room at the social network’s office! — to thank for that. They’re ridiculously successful companies with open plan office designs, so the secret to success must lie in the open plan office designs, right?

To be productive or social? That is the question.

Open plan offices are cheaper to build and run, as they’re more economical on space, but they also cause the spread of the colds and flu that are as inevitable as Monday mornings. And yes, a sense of camaraderie might be instilled with open plan offices, but is a dip in creative thinking a price worth paying for it? I guess that’ll depend on your organisation and the type of work you do.

Open plan offices might not be that great for communication anyway.

Open plan offices can work if all who work in them are self-aware and considerate about the impact that their voice and work habits have on others. Sadly, not all adults have mastered this wizardry, which is why we’re still debating whether open plan is so great after all. You might think that closed plan offices would hinder communication, but a study carried out at the University of Sydney actually found that only 10% of those who worked in private offices said that they felt their ability to communicate with their colleagues was hindered by their office environment. So how exactly do you get that balance between laid back, friendly and human, and private and productive (which is why we’re at work in the first place)?

A balance between open and closed plan is indeed possible.

The solution might not be simply getting rid of open plan offices or erecting soulless dividers. Perhaps a more ideal solution would be smaller open plan spaces (for groups of seven or so) within your overall workspace which employees can drift in and out of. You could also incorporate a silent room where people can go to work knowing they won’t have to tune anyone if noise levels rise. Making sure there’s enough space available for both silence and privacy is important. It’s not enough to simply have meeting rooms as private areas  — what happens when they’re all being used for meetings? Another solution is to let employees work from home several days a week. Not only will the office space be less noisy on a day to day basis, but your employees are less likely to suffer burn out. Anyone would agree that the less time spent in traffic, the better.

We might be office supplies dealers, but we’ve learned a thing or two about creating an awesome work environment for our staff. If you’d like to know more about office psychology, download our guide.