Recycling in South Africa is on the rise - is your office keeping up? 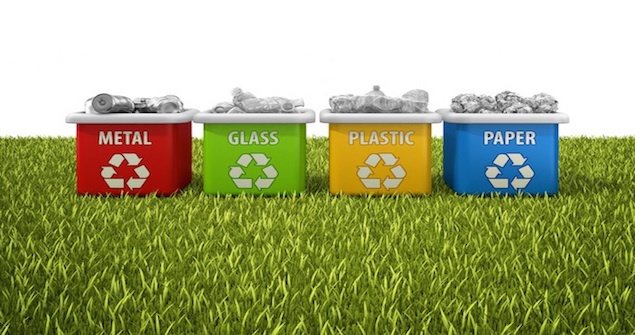 The impact of waste and carbon emissions on our environment is a major threat to the well being of our planet and people. The public are increasingly looking to businesses to set an example of how to reduce our negative effect on the environment. The main barrier to making recycling in South Africa commonplace is awareness of how to go about it, as well as to the importance of it. The mind set of “It won’t make a difference if I don’t recycle” is misplaced. Every effort – however small - helps, which means that recycling at the office is the best place to start.

Not enough of the waste produced in South Africa is recycled.

The Department of Environmental Affairs’ South African Waste Information Centre (SAWIC) conducted a study in 2012 that reported 2011’s waste statistics in South Africa. Plastic accounted for 6% of waste (of which 18% was recycled) and paper made up 8% of total waste tonnage (of which 57%) was recycled. The study predicted increases in waste in the future – a very real problem given that South Africa is suffering from a landfill shortage. The most obvious way to minimise how much we are putting into landfills is to recycle products such as glass, metal, plastic and paper (which includes cardboard boxes).

There are many reasons why recycling makes sense – environmental and economical.

Recycling doesn’t just benefit the environment, but the economy too. For example, the carbon dioxide that’s released from recycling a bottle into another one, is far less than when making another bottle from scratch. Extrapolate one bottle to hundreds of thousands and that is a huge carbon footprint reduction. The US Government’s Environmental Protection Agency estimated that approximately 3,100,00 metric tonnes of CO2 could be reduced if the state of California recycled office paper. The same opportunity applies here. As recycling in South Africa expands, so will the number of jobs created around the industry – pulling people out of unemployment and pumping money into the economy.

Despite lack of awareness, there is a lot happening to promote recycling in South Africa

ENCA reports that the Department of Environmental Affairs is aiming to introduce separation-at-source initiatives in all municipalities and cities by 2016 which is essentially getting households to separate their non-recyclable waste from their recyclable waste. After that the municipal waste collection sorts the different types of waste – plastic, paper, glass, tin – and sells them on to a buyer who does the recycling. The current alternative is separating recyclables from non-recyclables at the landfill – a messy and expensive process. Outside the public sector there are plenty of organisations campaigning for and implementing strategies to try and get us to recycle more. Plastics SA is aiming for “zero plastics to landfill by 2030” and touts South Africa as a world leader in recycling products back into what they came from. There are collection services like Ecomonkey in Jo’Burg and Clearer Conscience in the Mother City that will come and take away your recyclables for you. The Recycling Day SA’s website gives you easy tips on how to get recycling in your office. Buying recycled stationery products will make sure there is ongoing demand for them which will go on to help grow the habit of recycling in South Africa. Get in touch with OfficeBox – we can help you make your office a greener place to work.