From playing cards to wine pourers: Business cards throughout the ages 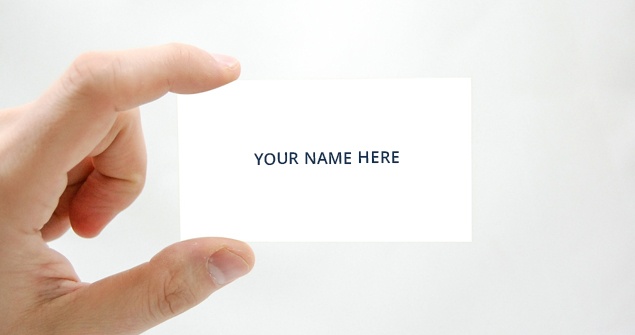 Many of our everyday objects have remained (largely) unchanged over centuries thanks to the fact that their design is so effective it simply can’t be improved on. Examples include the wheel, the pencil, the key, the ruler and eraser, the table, the knife and fork and the business card. Business cards not only provide information, they create lasting impressions of a brand. In fact, they’ve been doing so for over four centuries.

Playing cards used to be used as legal documents back in seventeenth century Europe.

The story of business cards begins in the seventeenth century. In England and France, “bearer cards” were simply playing cards on which reminders of debt or intent were written: a concise form of legal document. The idea then spread to upper class society with the emergence of “visiting cards” that were presented by guests upon arrival at a host’s home.

Calling cards were adopted by the upper classes for use in social settings.

The exchange of these “calling cards”, as they were also known, came with etiquette of their own. A visitor, or their footman, would present their card to the servant of the household. The servant would then present it to the woman of the house. Pending the host’s approval the guest would be ushered in to see them. An elaborate tray in the hallway would contain the calling cards of all the other people who had visited the house – you’d never have dreamed of sifting through the cards out of curiosity while you waited to be seen. The cards served as both a memento of who had visited you, as well as a reminder of whom you had to repay a visit to.

Trade cards were one of the only forms of advertisement in the eighteenth century.

The evolution of visiting or calling cards then spawned the evolution of the trade card. These were printed using a wooden press until around 1830 when stationery suppliers started using lithography more widely. More akin to the present day business card, the trade card would be presented to a client before or after work was done for them. It contained the business’ name, logo and a detailed map of how to find their premises – the eighteenth equivalent of a URL address. Before the advent of newspapers, there were very limited ways for businesses to advertise themselves, save for a shop sign: the trade card was one of the first forms of advertising.

The nineteenth century’s Industrial Revolution paved the way for the wide adoption of trade cards.

While there may still exist rigid etiquette surrounding the design and exchange of business cards, notably in Asia, business cards have become ever more creative. From foil business cards that double as wine pourers to cards made of dried meat – check out this Bored Panda post to see more creative business card ideas. Business cards are a lot more than a way of conveying contact information – though they may be small, they’re a tangible and effective piece of marketing material. This means that same thought and care that is put into designing a shop front, a print ad or a webpage should also go into creating a business card.

Choosing the right stationery suppliers that understand your business is key to producing a business card that truly represents your brand. Contact OfficeBox to find out about our range of personalised business cards.