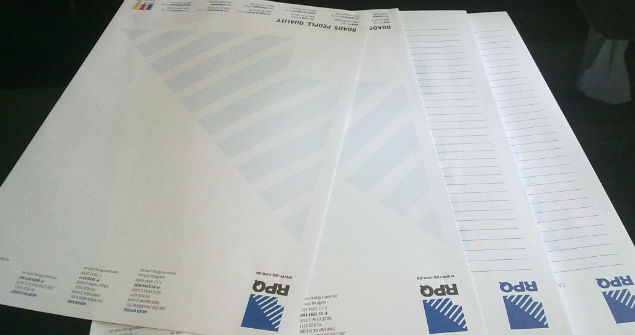 It’s not just the Vodacoms, Telkoms and government bodies of this world that have embraced branded stationery to convey their brand. Notable individuals more famous for topping charts, changing the course of history and leading countries have also used personalised stationery to correspond and communicate their personalities. Letterhead designs might be less common in this age of cover photos, email signatures and Twitter bios, but they still create a much more tangible and lasting effect of a brand than a quickly clicked over jpeg.

Letterheads were one of the earliest forms of websites.

Letterhead designs have been keeping stationery suppliers busy since the nineteenth century, when industrialisation created an environment in which businesses had to make themselves stand out in a crowded marketplace. Writing was the primary form of communication – the UK’s Royal Mail ran a twice daily postal service until 2002 – and as such, letterhead designs were as important as a well-designed website is today. It was a chance for a business or person to show off their status, professionalism and character. Letterhead designs were a form of advertising, doubling as a business card and an excuse to flaunt an attractive design.

Let’s take a look at a small selection of the most iconic and eye-catching letterhead designs out there:

(Unless stated, all images courtesy of Letterheady) 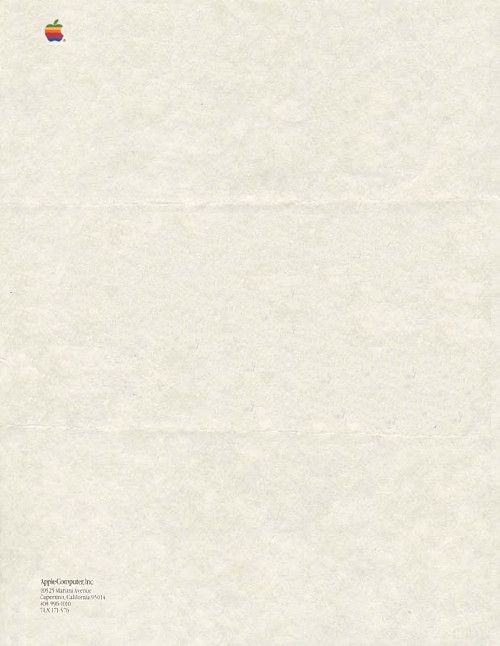 Seems odd to associate Apple with paper communication, but in the 1980s, that’s how things were done. The fact the logo has barely changed – besides its colour – shows how robust the brand is.

As beautiful in person as she was in voice, there’s no doubt that the singer will go down in history as one of the most influential musicians of our time. 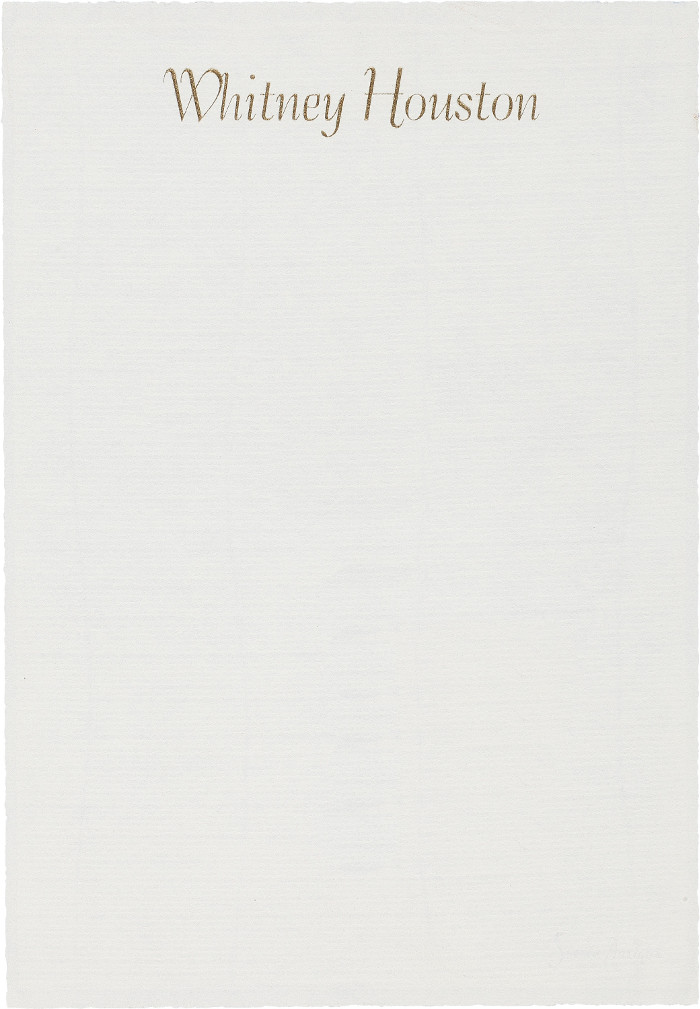 Walt Disney was fired from his job at a newspaper for lacking original ideas, and then went on to create not only the world’s most iconic film brand, but also the stuff of childhood memory. Teaches you to take what your boss says with a pinch of salt. This letterhead is inspired by the notorious Fantasia movie, produced by RKO. 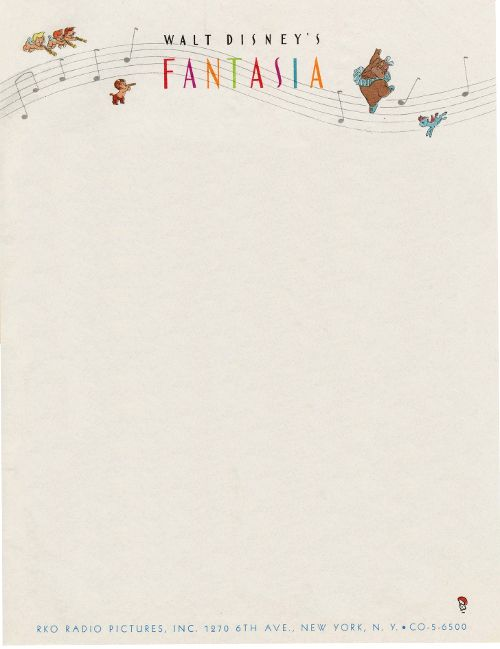 Hugh Hefner started an empire over 50 years ago – one that probably won’t die out anytime soon. Regardless of what you think of the brand morally, you can’t deny that this is a stylish letterhead. 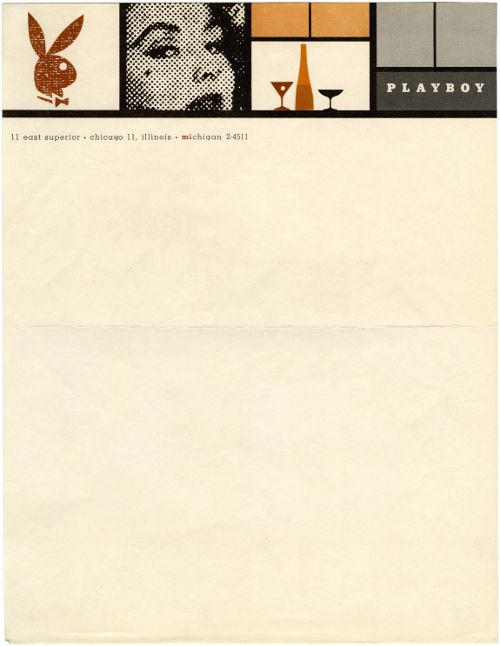 The man who changed the course of South African history needs little introduction. His letterhead design is modest and attractive, subtly African and exudes an air of peace.

As creepy as it is to see a serial killer with branded stationery, this is the letterhead design of Richard Ramirez. He was given the nick name Nightstalker by the Californian media during 1985 – the year of his capture. Despite his crimes, he was sent many letters from “fans” during his time in prison – to which he replied using personalised writing paper. 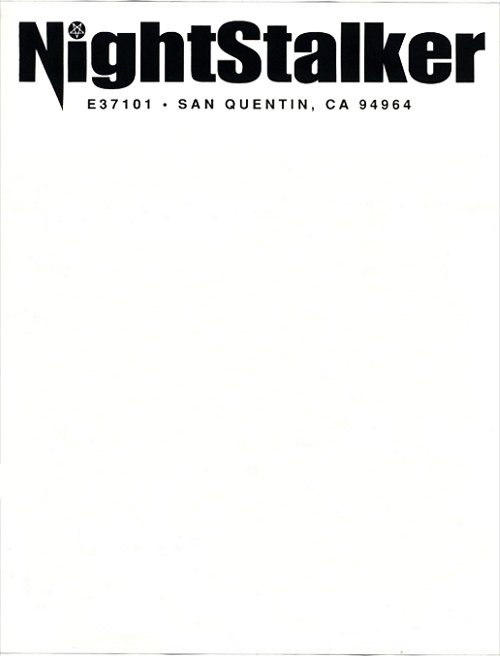 Not a letterhead, per se, but the Facebook magnate has a collection of personalised stationery that was created by one of his in house designers. He uses the stationery as a way to respond to fan mail in a more personal way than writing on their Facebook wall. If the kingpin of modern communication has branded stationery, it must surely mean stationery still has a place. 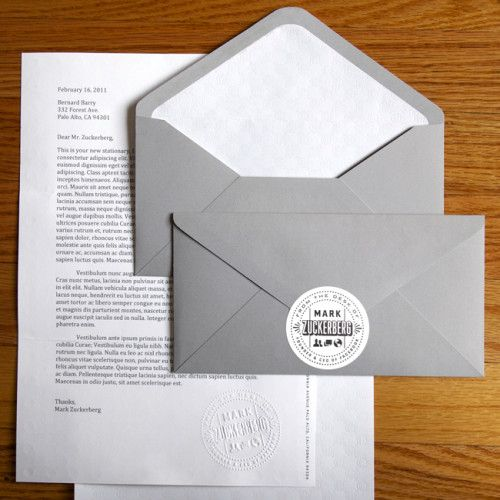 Branded stationery is worth more than just the paper it’s printed on. It’s your team colours – a small but significant means of drawing people together towards one goal. It also helps create an awesome workplace that employees can’t wait to come in to. Download our guide for more on how to create an incredible working environment.