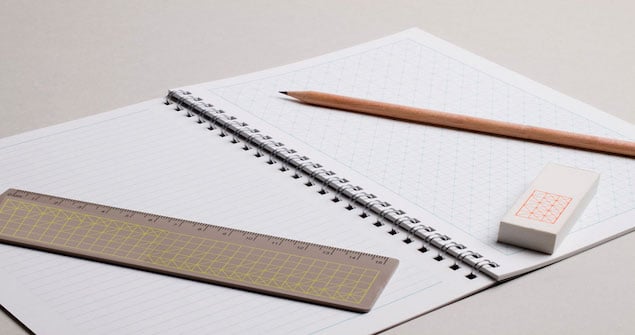 The last 50 years – even the last ten years – have seen a massive acceleration in the development and adoption of technology never seen before in the history of civilisation. Cars, televisions, airplanes, telephones and household appliances look very different today compared with how they looked back in the 1950s, and it’s likely that in another 60 years they’ll have changed yet again. Quite different to these new-fangled inventions are the little things that we rely on every day, but rarely spend much time lauding for their utility and design. Here are eight incredibly useful things whose timeless design has barely changed since their invention. It’s interesting that the majority of these are available from your stationery suppliers.

The pencil was invented in sixteenth century Britain after the discovery of lead deposits in the North of England. The design was then refined by a Frenchman in the sixteenth century and has remained almost the same ever since. True, the refillable pencil was designed in the nineteenth century, but it’s really the traditional pencil that is more ubiquitous today. You can read a detailed history about the history of the pencil in our blog here.

The ruler’s design is so simple, and performs its function so perfectly, that it’s quite unlikely to be improved upon. Invented way back in 1500 BC in Northern India – when they were made of ivory – it’s been a mainstay of classrooms, workshops, art studios and offices ever since, and probably will be forever more.

The world would be a much more chaotic place were it not for tables. Used for amassing personal effects, keeping floor spaces tidy and ensuring the safe keeping of valuable items, tables are also a point around which to gather and share food. They’re also a solid surface on which to work. Although they might vary aesthetically, their basic design has remained completely unaltered since they were first fashioned out of stone slabs by the ancient Egyptians.

The first piece of cutlery to be used was the knife, back in prehistoric times. Then came the spoon (also attributed to the ancient Egyptians), and lastly the fork – thought to have originated in eighth century Iran, where it was fashioned out of bronze. Instead of eating with our hands purely to satisfy hunger, human beings began sharing food as a way of bonding, as well as for nourishment. Cutlery – the knife, fork, spoon, and also chopsticks – might vary in what material they’re made from, but their design has remained all but unchanged for thousands of years.

A few hundred years ago you would have been hard pressed to find anyone with a full set of white teeth. Thanks to the invention of the toothbrush in 1938 – based on a similar invention dating back to sixteenth-century China – millions now enjoy a decent set of pearly whites. Even though they’ve invented an electric toothbrush, it’s still the humbler version that’s more widely used.

Rather like the ruler, the design of nuts, bolts and screws are so perfectly suited to their use that it’s barely changed since they first appeared in Greece in the second century, for use in wine and olive oil presses.  Now they’re found in everything from door hinges and chairs, to boxes and machinery. It’s highly unlikely that they’ll be completely replaced by single-print 3D printed items for a while yet.

The first mirrors were made of polished glass or stone thousands of years ago. It was the Romans who invented the metal-coated glass mirrors we still use today. Some of the materials used in their production have changed – lead is no longer used – but the mirror’s design is so simple and effective, that there has been little need to change it.

The core offering of stationery suppliers, paper has played a large part in creating media as we know it. Books were a way to make stories tangible and lasting, and from books came newspapers and magazines. Without these media evolving first, it’s unlikely the internet would exist. Paper has also made communication by writing possible.